The Moondark Saga was originally published as a trilogy of three  novels: Warrior, Wanderer and Witch.  Now that the books are being released as ebooks, you can buy them as the original three books, but we have also broken them down into their three interior books. So they are available as a series of 9 or as their original series of 3 trilogies.

Set hundreds of years after a massive world war drove humanity to the brink of extinction, the Moondark Saga tells the story of people born into a dark age, where the surviving tribes of people share a culture deeply entrenched in war and violence. Set in the Pacific Northwest of the United States, the story explores a future landscape that was once the greater Seattle area. The Moondark Saga is an engaging journey set in a rich and detailed world, packed with dramatic battles and compelling characters.

In the grand landscape of the Pacific Northwest, two great kingdoms battle to rule the inlet sea, and the nomadic Dog People have been caught in the crossfire. Gan Moondark, son of the War Chief, is expected to one day rule the Dog People, but war and prophesy have a different fate in store for him. Even as he tries to find his place on the battle lines, the balance of power in the region is about to dramatically shift. A centuries old cryogenic crèche is slowly awakening, bringing to life military leaders from a long forgotten war, with weapons and technology unlike anything this world has ever seen. Will these strangers help Gan Moondark start a new era of peace and prosperity, or will they drive the three kingdoms further into brutality and war?

Now that Gan Moondark and his allies protect a delicate peace, Rose Priestess Sylah knows she must leave The Three Kingdoms and take up the responsibility left to her by her late Abbess. Sylah must find the mysterious Door, foretold by legend to hold the power of the ancients.

Sylah prepares to leave on her journey, accompanied by Priestess Lanta, Donnacee Tate, and Matt Conway. But Church is fearful of the power Sylah seeks, and have condemned her quest as heresy. They are determined to stop her, at any cost.

Unbeknownst to Sylah, Tate and Conway have their own mission. They suspect The Door could be another cryogenic crèche, or an ancient military installation. If they’re correct, the repercussions of uncovering it could be severe. But if they’re ever going to learn what’s behind The Door, they must first survive the perilous journey to find it. 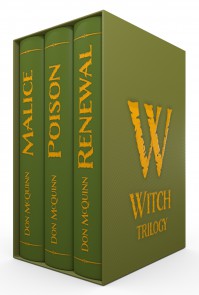 Rose Priestess Sylah and her companions are making their way back to The Three Territories, armed with powerful knowledge contained in sacred books. All the while, Gan Moondark has been struggling to keep his young empire alive. The kingdom suffers under constant attacks from enemies on all sides, and Gan’s campaign for freedom may already be dead.

As winter falls, The Three Territories’ enemies have begun to conspire, planning a coordinated attack on Gan’s castle. Church means to reassert it’s power in the region and punish Sylah for heresy. Moondance wants nothing less than the total domination of Gan’s kingdom. The Skan intend to raid the entire coast for slaves, looting the lands for all they are worth.

Gan must once again turn to Conway and the other survivors to use their skills and weapons in the coming battle. They will need every advantage against the combined force of their enemies. But the people of Gan’s kingdom are restless, fearful of their enemies and distrustful of the magic being produced by Sylah’s books. Gan must convince his people to trust him, and the strangers, or his kingdom will be lost before the war has even begun.

Gan Moondark has always been a loner among his own people, preferring the company of his war dogs over his tribe. His father wants Gan to succeed him as War Chief for the Dog People, but his fellow tribesman thirst for battle and view him with mistrust. As tensions threaten to boil over into civil war, he must find out if he can live up to his father’s expectations and become the great leader he’s been prophesied to be.

All the while, deep in the heart of the Enemy Mountains, something both new and ancient is slowly awakening. A strange cave cradles a long-forgotten cryogenic crèche, and it’s slowly coming back to life.

Gan Moondark has saved two of the strangers, Tate and Jones, and together they continue their perilous journey through the Enemy Mountains. As the war between Harbundai and Ola looms, Gan and the strangers find themselves escaping directly into the heart of the conflict.

Conway and the rest of the crèche survivors find themselves guests–or rather prisoners–of Altanar, the cruel king of Ola. Altanar covets the secret of their weapons, hoping to use them against his enemies. Conway knows that survival in Ola is precariously hinged on their ability to be useful for Altanar, but he fears their knowledge will help spread the reach of the King’s tyranny.

Gan Moondark and the Wolves of Jalail have won a decisive victory at Bear Paw River, delivering a humiliating defeat to Ola, but also proving to the King of Harbundai that Gan and his company are a very real threat to his own throne. Gan and his allies now find themselves preparing to defend themselves from enemies on multiple fronts.

Across the border in Ola, Conway believes that flight from Altanar’s captivity is the only option for survival, and he begins to assemble a plan for his people to escape.

Book 4: The Path Of Mistakes

Now that Gan Moondark and his allies find themselves protecting a delicate peace, Rose Priestess Sylah knows she must leave her friends and take up the responsibility left to her by her late Abbess. Sylah must find the mystical Door, foretold by legend to hold the power of the ancients.

Sylah prepares to leave on her journey, accompanied by Priestess Lanta, Donnacee Tate, and Matt Conway. The two crèche survivors have their own mission: to find out if this legendary door is connected with the secret of their past.

But the journey may end before it begins, as Sylah’s quest has been condemned as heresy and Church is determined to stop her, at any cost.

Book 5: The Path Of Confusion

The Kossiars have given Sylah and her friends little choice but to journey with them into the kingdom of Kos. Sylah is determined to do whatever it takes to continue her quest for the Door. But in order to do so, Sylah must first survive her meeting with the Chair, ruler of the most secretive and dangerous kingdom known to the people of the Three Territories.

Book 6: The Path Of Discovery 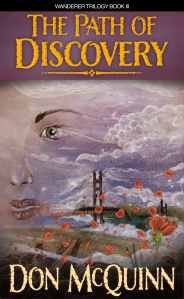 Now that Sylah and her surviving companions have escaped Kos, they face a grueling journey through the Dry, a great desert riddled with violent nomads and raiders. On the other side of this expanse lies the legendary Door. If Sylah can find it, she can harness it’s power and prove that she is indeed the long foreseen Flower.

While Rose Priestess Sylah and her companions make their way back to the Three Territories, Gan Moondark is struggling to keep his young empire alive. The kingdom suffers under the constant attacks from enemies on all sides.

The Three Territories have many enemies, and they have begun to conspire and plan a coordinated attack on Gan’s castle. Gan must once again turn to Conway and the other survivors to help keep his campaign for freedom alive.

Gan and the people of the Three Territories struggle to prepare for the looming war. Leclerc’s inventions may give them a chance at survival, but the seemingly magical devices are making people nervous. Gan needs the support of his allies now more than ever, but poisonous deceit is taking root in his own castle, worming it’s way into the hearts of his most loyal friends.

All the while, Tate and Conway set out on a journey back to the crèche, nestled deep in the Enemy Mountains. They know they must find the ammunition stashed away in the cave, without it their friends stand little chance of surviving the coming war. More importantly, they have to get there before Moonpriest does if they’re going to prevent the weapons falling into enemy hands.

As all out war closes in on the Three Territories, Gan Moondark must rely on the strength and innovation of his allies if he’s going to defend his kingdom from the Skan and Windband. However, the battle may be lost before it’s even begun, as twisted deception threatens to destroy his kingdom from the inside.

With the wisdom and ingenuity of Gan’s allies, the knowledge of the mysterious books, and the skills of the kingdom’s best warriors, they may stand a chance of surviving the largest battle yet. But only if they can work out who their true allies are and come together, once and for all.