The only thing about this blog business is I always feel like I’m shouting into the wind. It’s not that I don’t know I’m talking to a small number of people; that’s not the issue. In the first place, I don’t treasure my chatter all that highly. In the second place, I give you my friend Ku Yuo Liang’s line: An Irishman will strike up a conversation with the empty bar stool next to him. The utter falsity of the proposition is apparent, of course. We do not drink alone. Nevertheless, there’s a dead-on perception that “conversation” implies a second party. This blogging thing carries no guarantee of such an inflated number.

On the other hand, writing stuff down gives the author a chance to sound off. Us sinners – and them as has been sinned agin – get to stand up. Testify. It’s good for the young, good for the old, good for them as has a soul. And maybe – just maybe – putting the thought out there reaches someone who says, “Yeah; me, too.” Who knows? With a sufficiently persuasive argument, the empty bar stool may join in. (For those of you who think that observation too fanciful to contemplate, I give you the present presidential race.)

So there was a column in the Seattle Times recently that caught my attention. (Full disclosure: I read the editorial pages daily and diligently. Where else can one find journalism’s erudition and stupidity so explicit and so tightly encapsulated for examination?) Among the many phrases I found startling was this: “There is no meaningful distinction between saying ‘abortion is wrong’ and ‘I don’t like abortion.'”

Take that, democracy. Take that, you lying creeps who pretend to accept the will of the people, yet harbor disagreement. No matter how hard you pretend to accept that will, you’re a liar and the really intelligent people know it. If you have any reservations about the course chosen by the national majority, there’s no meaningful distinction between your reservation and mutiny. The writer is making it clear that neither “wrong” and “don’t like” are permitted True Believers. To the True Believers, no matter how actively you accept their premise, if you disagree with it in any degree, you cannot and will not be afforded complete acceptance. You are now and forever a likely apostate. You will be watched accordingly.

Again, in the interest of full disclosure, I’m a Marine. I’ve gone places and done things I thought were ill-advised, but my country said Go and Do and I went and I did. Some find that contemptible. My only answer – in all its pride – is that I served at the pleasure of the American government, an elected government. That’s not a shield. I could have walked away at any minute, no penalty and no regret. But I believe in that elected government. And I doubted its choices constantly. But when you tell me that my government and my people can’t make a distinction between “my personal vision” and “the needs of the country” (as stated by that elected government) and that such a distinction isn’t meaningful, makes all the difficulties of armed service empty.

My comrades and I served without stint but frequently with questions. I will not accept that my efforts – or those of my contemporaries – were debilitated by that. I scorn the writer’s position that we are less than he because we weren’t sufficiently indoctrinated to unquestioningly do our job to his moral satisfaction. The soul of America is dedicated to honest debate and full acceptance of the rule of the majority. When we fail at that, we fail as Americans. It happens when we sign on with those who insist we can’t disagree and simultaneously work together. 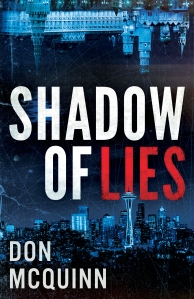